The title of this song, “LOW DOWN WHERE THE SNAKES CRAWL,” which gained the honor of being the NUMBER ONE SONG on DeltaFrank Black’s Radio program on the WGLT Illinois “60 Song Year End Countdown,” came first. In the desert of Death Valley, California after I had climbed up above a huge old petrified lava flow and laid on the ground – (yah with my bad knees and all).

I was thinking about how ‘low down’ I felt.  I was on a Vision Quest searching for answers about my confused, desperate, lonely, addicted life and my ‘then’ crumbling relationship and struggling music career. I’m sure this line from Prince’s BRILLIANT song ‘SOLO:’ “So low, the curb looks like a skyscraper,” was haunting around in the back of my head when the title came up from my aching heart.

Then YEARS LATER… (in the blink of an eye), after a very sad and hard divorce from my 20 year marriage; helping my next partner die from cancer; a sudden opportunistic offer to go on a cruise to Alaska; and then relocating to Oregon, (my birth place to start anew); facing living life alone and in deep grief from the losses and the changes, a new ray of love came into my heart by a slim miracle of a chance meeting at The Trails End Club in Oregon City, OR and life began to grow into a new direction. Funny how that happens. Sometimes I feel, I’m just a puppet in Gods grand scheme of my life. Just being lead here, guided there, finding myself here.. over there… and not knowing how it all happened! Who’s really in control here? Not me!!!! But somebody or something much bigger than me has had my back. In hind site, even in the painful heart shattering situations.. something bigger than me has had me… is holding me… is guiding me. What a damn gift. But isn’t it true for all of us if we really take a look?

Rob and I were beyond a perfect fit, and after a year of courting and playing music together, we got married and bought a beautiful home across the street from the Sandy River in Rhododendron, OR.

This home was also where Rob had his triple fusion back surgery and I had one of my earlier knee surgeries.   As we were recovering from those, we began to write.  Rob had just started his transition from Bass to Guitar and so as he was working on his guitar skills, I was throwing down lyrics and melodies and working with a piano arranger to help me suss out the chord progressions for the melodies. We were also rehearsing a band and playing out some live.  During one of our gigs at the Black Horse Saloon in Bend, OR, we met Ronnie Smith who used to play Hammond Organ for Steve Miller. (Photo Below).  A fantastic player with one huge heart.  Before he passed away, he performed with us for several shows dragging that huge Hammond Organ to all the gigs.  At one point we met with him in a hotel room in Bend where we worked on the basic chord progression for part of this tune. I recorded what we had done on an old Radio Shack cassette player and those cryptic chord progressions slowly became a large part LOW DOWN WHERE THE SNAKES CRAWL.

In the meanwhile, we sold that home in Rhododendron Oregon and moved to Langley, WA on Whidbey Island in Washington state where I ran an ad for a lead guitar player and we found James Howard out of Seattle. Rick Jones played bass.  Dave Malony, the studio owner of Blue Ewe Studios and engineer played drums and the magical percussion parts.   Terry Nelson played keys, Rob played rhythm guitar and I did all the vocals and the Crow Cawing sounds.

The song was a true labor of love and very magical in how it slowly came together.   For instance James Howard came in and laid down 8 lead guitar tracks from which I had to pick and choose the parts line by line.   It took me hours to put that lead track together.  Many times, it was just a ‘one bar’ guitar lick that I placed in a certain spot to accentuate a vocal line.   The only continuous part he played that I did not have to edit, was the opening lead guitar part.  It was the first run he played for the day and it was perfect!   It goes to show that when you are not ‘thinking’ of what to do, and you just come from a place of innocent creation, it ‘happens!’ Well, it certainly happened as you will hear when you listen to that opening guitar part!   But in the end, what I managed to pull together for the rest of the song finessed the lyrics perfectly.   As a writer… I’m always after how the music can make love to the lyrics and visa versa… for me, the two must run side by side continually merging in and out of one another bringing the listener unknowingly to the truth, the pain, the joy, the elation, the depth of the story.

I could go on and on with the other production tricks and tools I used to help bring this song into its magical birth but it would take a whole chapter in a book!    So I’ll just mention one other very special ‘back story’ moment.  At the end of the song, I speak the title in Cherokee, which had been translated into the Cherokee language by a good American Indian friend of mine – Mark Wolf Copeland, which he also translated into text.  This ‘Cherokee Text’ can be seen on the CD Cover under the title.  When I was in the vocal booth speaking the lines in Cherokee (part of my bloodline), I felt the intensity of ancient lifetimes surging through my blood and I cried from some unfinished part of myself. It was really a moment of ancient unearthing of my vocal heritage. Amazing moment for me.  I’ve often thought about past lifetimes and I feel strongly that a recent incarnation of mine was roaming the forests and mountains as a young native and that I died young unable to finish my journey. It’s like those moments you get when you are standing in a place and you just ‘know’ you’ve been there before… ever have those?

As far as what the song is about, I’ll allow the song and the lyric to tell the story! But I’m sure many of you will relate in one way or another… and again, isn’t that what it’s all about as we “relate, commiserate, compassionate, and celebrate the journey, the rough spots, the struggle, the moments of clarity, the joy, the mountaintops, and the humanity that eventually drops us into one another’s hearts?

I suggest headphones, as you lay back and listen to and feel the musical ear candy in this song…. and check out the WIND sounds in the outro of the song. It took us forever to find a sound bite that would work and I just love them. I can just feel myself back out there laying on that rough ground, (that represented my life at the time), surrounded by the ancient land of our ancestors as the winds blew through me and broke me open just a little more….

Header Photo (CD Cover Photo): Taken at The Tippy Canoe Bar in Sandy, OR (and let me tell you “Tippy and TRIPPY’ it was!) 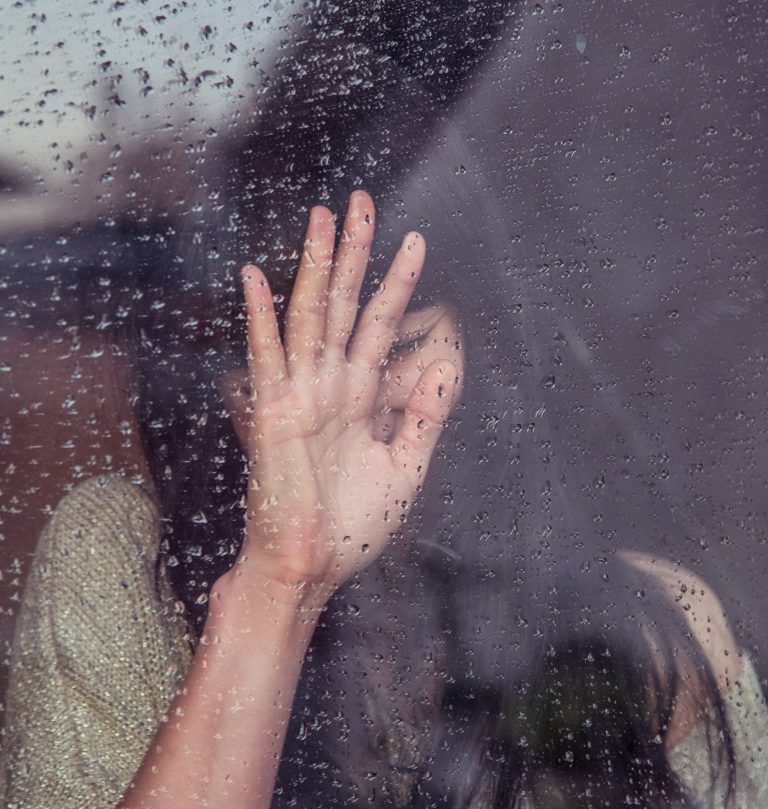 This here song is full of true stories and those are usually the best stories – at least in my humble opinion. I guess you could make this stuff up, but who would want to? I certainly am not the kind of writer who sits around thinking of writing painful fiction about my life or…

This song was a gift. It is a gift. It is the last song on my CD entitled SPIRITUALLY WET from my ‘fUnKyWhItEgIrL’ days back in early 2000’s when I was going by my then married name of Christina Fasano before I changed my last name and took on the roots/blues artist name of Cee…